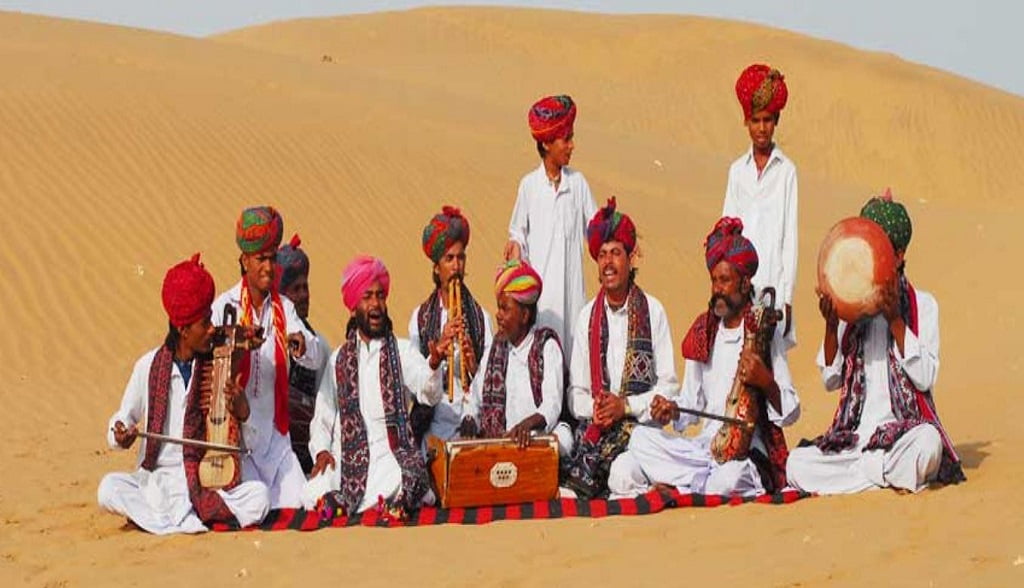 The geographical region covered under Rajasthan is very wide. It is the result of consolidation of various princely states. Thus, people of the state speak different dialects such as Marwari, Mewari, Mewati, Hadauti etc. But Marwari is considered to be the standard language among all which is popularly known as Rajasthani. In 1908, George Abraham Grierson was first to mention the name ‘Rajasthani’ as the standard language and other as dialects in his book ‘Linguistic Survey of India’.

The language belongs to Indo-Aryan family, originated from Gurjari Apabharansha. It is believed that this language came into existence around 9th century but literary works started in 13th century. Ramkaran Aasopa wrote first grammar of Marwari language.

Other names for Rajasthani language are Marubhasha, Marubhoom Bhasha, Marudeshiya Bhasha, Maruvaani.  In a story collection book ‘Kuvalyamala’ written by Udyotan Suri in Vikram Samvat 835, there is mention of 18 local languages used those days as Marudesh ki Bhasha.

Two types of writing styles are: