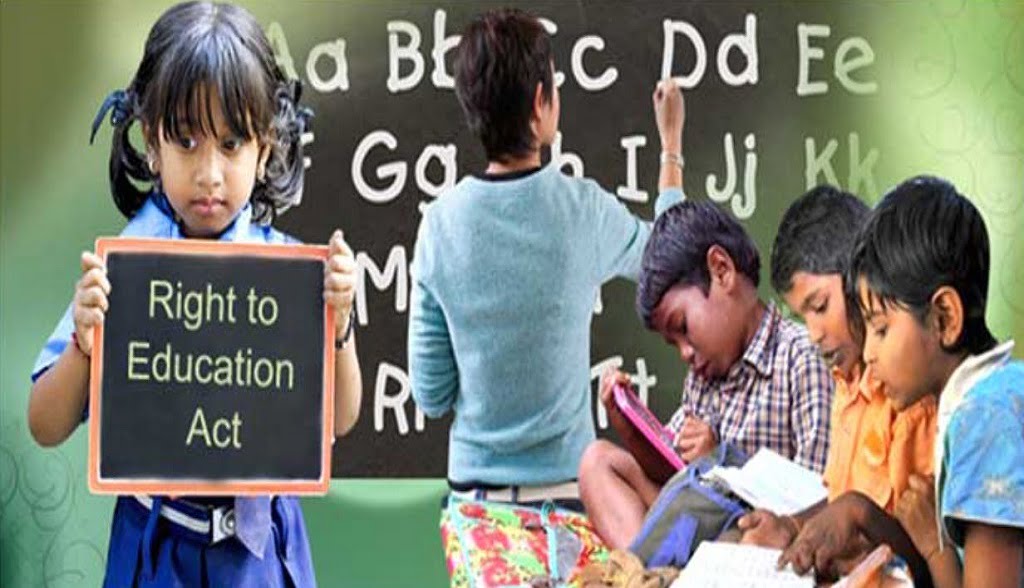 In the rural areas of our country, we have seen that most of the parents usually don’t send their children to school for education.

One of the reasons behind this is that they are unaware of the importance of being educated in the society. And some of them even don’t have the nominal amount to pay the fee to school for their children’s education.

As a result, most of the them are left uneducated and some even do not get a chance to go to school.

Due to the above scenario, RTE (Right to Education) Act was enacted under Article 21-A of the Indian Constitution on 4th August, 2009 and came into force on 1st April, 2010. This act is also known as Right of Children to Free and Compulsory Education Act.

This act laid emphasis on making the education compulsory for children aged 6-14 years, for free of cost.

Physical and mental harassment (in terms of giving punishment or other) to children by the teachers is prohibited.

Provisions of RTE ( Right to Education) Act for elementary schools

In this context, this act also specifies some minimum standards and norms for elementary schools:

In case, more than 200 students are there, then maximum this pupil teacher ratio can be 40:1.

Minimum working hours per week for a teacher is 45 hours including the preparation hours, for the primary level.

Developments in RTE ( Right to Education)

In 2011, a decision was made to extend the age of children from 14 to 16 years and cover the pre-school age group also. A committee by the name of ‘CABE’ was also formed to look after the effects of bringing these changes.

It was decided that exams will be conducted for children studying in class 5 and class 8. In case, a child did not pass in the first attempt, he or she will get a second chance to clear the exam. If a child fails in the second attempt also, then the state government will decide whether the child will get promoted to the next class or repeat the same class.

Benefits or Advantages of RTE (Right to Education) Act

At present, this act covers the children of age group from 6-14 years for free and compulsory education. This age group should be 03-18 years so that education of all the children of India can start on time and go on till they attain the age of maturity i.e. 18 years.

Steps to be taken to improve the system

Minority Religious Schools are required to be included under the RTE.

The Right to Education (RTE) Act was implemented years ago but still it has not achieved its goal, for which it was constituted.

By creating a conducive atmosphere and making adequate resources available, a lot can be done in this direction. This results in an educated society that leads to a literate nation that can be formed in the near future.